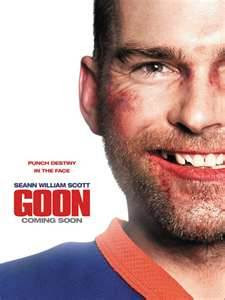 Let me start by telling you this movie slipped under my radar. I never seen a trailer for it, never seen it advertised on TV or at the theater. However, with this week’s releases being Mirror Mirror and Wrath of the Titans, I checked out the other movies at our local AMC and found Goon.

So I read the movie info listed on Rotten Tomatoes:


Not content with his job as a bouncer at a local Beantown bar and a bit of an embarrassment to his accomplished family, Doug Glatt (Seann William Scott) dreams of the kind of success enjoyed by minor league hockey goon Ross Rhea (Liev Schreiber). When a chance encounter with an on-ice thug leads to a bloody fist fight that Doug easily wins, the coach of the Halifax Highlanders sees potential in this mammoth sized man who is only hampered by his lack of any hockey playing ability and his brother's old figure skates. Standing up to the taunts of the other players, Doug manages to join the team, and with the encouragement of his hockey obsessed best friend (Jay Baruchel) quickly becomes a rising star. Soon he'll have the opportunity to face off against Ross "The Boss" Rhea and perhaps finally land a girlfriend. Now - all he needs is to learn how to skate.

I, too everyone’s shock, picked this as our Tuesday Movie Night viewing. I am so glad I did!


Goon is the type of movie that meets all of the criteria I love:


• It made me laugh A LOT! (like crying laughing)

• It has a love story


Seann William Scott was perfect as the rough and tough Doug. He really bulked up for this movie. His character is beyond lovable.

Jay Baruchel was the shining star of the movie. He really had most of the best laugh-lines of the movie and pulls off the crazy best friend well. 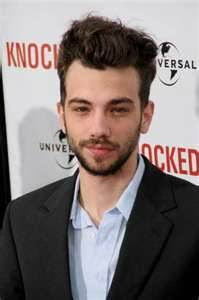 Some other well-known faces round out the cast:
• Eugene Levy (American Pie fame) 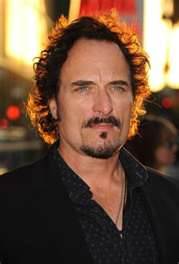 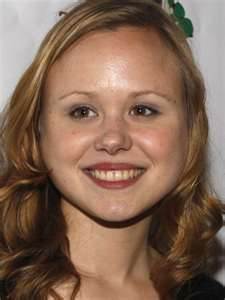 The movie is based on a true story and really tugs on you to root for dumb-as-rocks Doug as he tries to become a “hockey” player.


Ladies, this is one that the BF/Hubs will enjoy. You will score lots of points if you suggest this one – and I promise – you will like it too!

I'm not sure if I'm just being crazy - but I have to give this a TO DIE FOR rating!  I enjoyed it that much.  It's definitely the biggest under-rated movie so far this year.

Wow! This movie looks great! I will have to go and rent it! Thanks!

Wow...that's a good rating! The husband loves hockey so we will have to check it out! Thanks for the tip.

I'm still a little shocked at how much you loved this movie.