Saw It. Pinned It. Did it. Glitter Wine Glass

A few days before Christmas, Ash and I were shopping the Target Dollar area and happened upon $1 wine glasses.  Since she and I love to do crafts together, I picked up a few glasses to attempt to “glitterize” as I’d seen done on Pinterest: 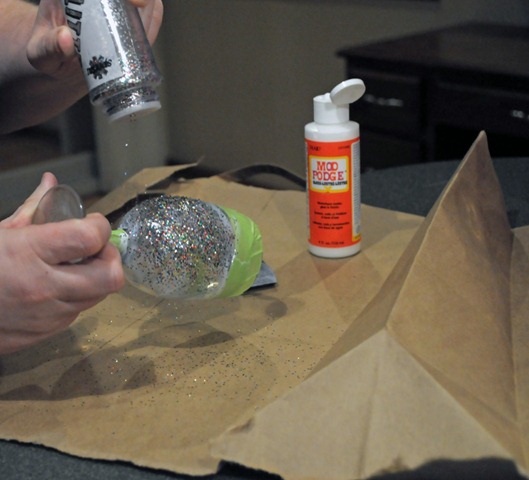 After a quick stop at Michaels, we had everything we would need: 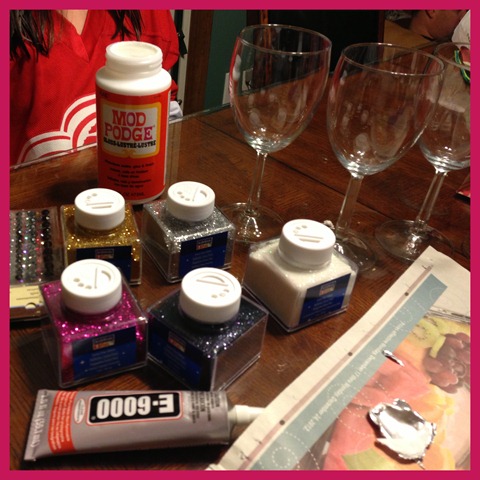 After laying the newspaper out, I grabbed my glasses (we did wine and water glasses) and the painter’s tape and wrapped my glasses.  It’s a little tough to get the tape to wrap evenly around the glass, but I was ok with my design not being perfect. 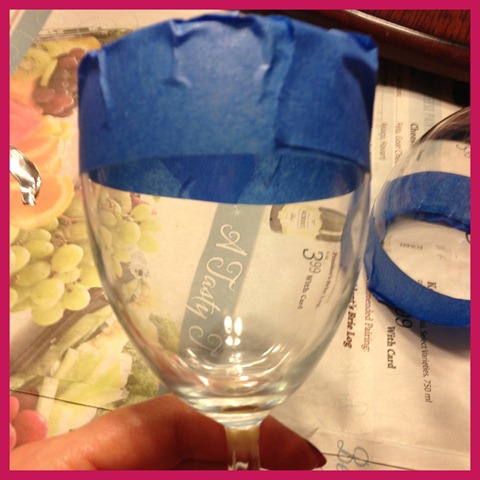 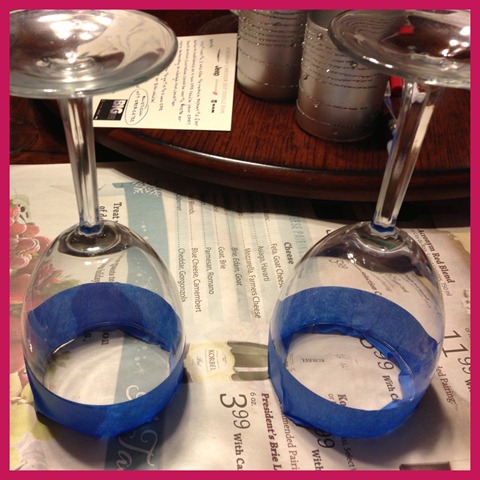 Put a thin layer of Mod Podge on the area you want to cover. I wanted mine to be more gradient than fully covered, so I only went down about 3/4 of the way.  It’s important to make it as smooth as you possibly can.  If you have “lines” your glitter will pool in those areas.

Holding your glass over a paper plate (to catch the excess glitter), begin pouring your glitter onto the glass.  Turn the glass and shake to remove excess. 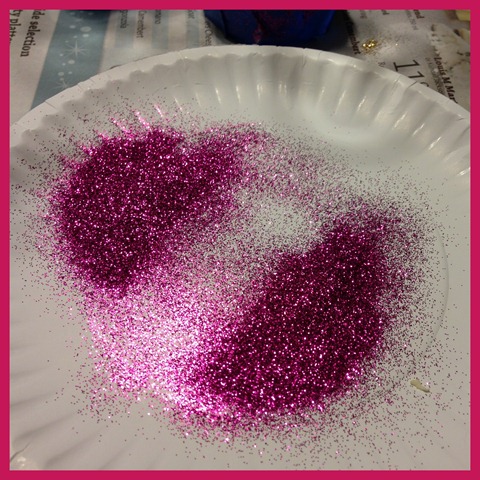 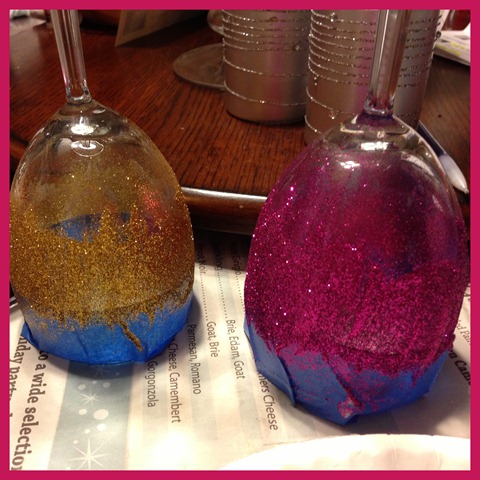 NOTE:  You can use several colors of glitter.  We started just with one color, but began mixing the designs and chose to have a pink and silver combo, pink and black combo, black and white combo a black and silver combo.  I think the combo glasses came out best. 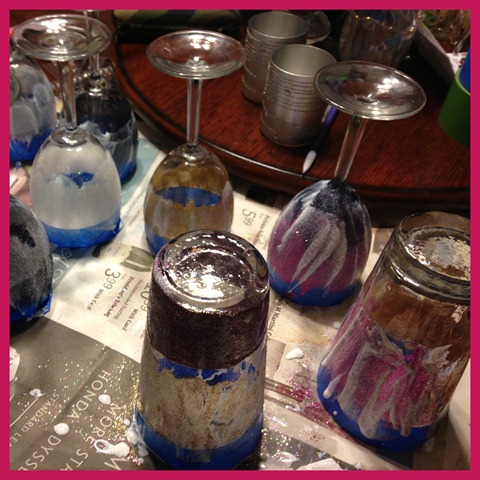 I allowed the glasses to dry overnight before removing the painter’s tape.  I think that was a mistake.  When I began to peel the tape off, some of my design began lifting away from the glass (just as paint does when you remove the painter’s tape when it’s too dry).  Next time, I would allow it to dry maybe 15 minutes and then remove the tape. I rinsed my glasses to clean off the excess glitter and they were perfect.

The glasses were a huge hit with the kids and adults alike.  The ladies raved about them.

It’s funny how one even looked like it was planned because it matched my friend’s outfit. 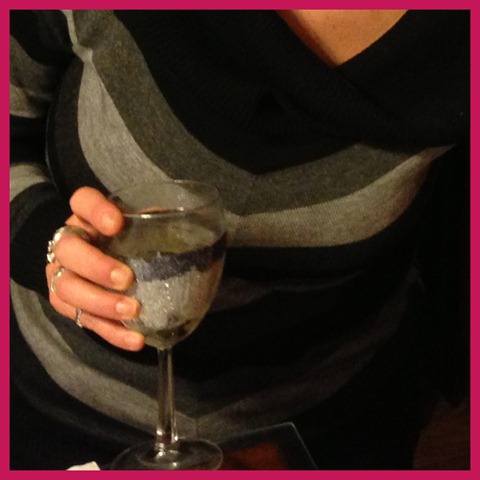 Of course I hand wash them and they have held up pretty well.  Ashley uses her glass often and it has began to “de-glitter”, but she’s still thrilled with it.

All in all I think I spent about $40 to buy my supplies and glasses.  I made 6 wine glasses, and Ashley made two water glasses.  I have a ton of Mod Podge and glitter left, so I will for sure being attempting this again.  Maybe next time I’ll try to actually create a design, like a peace sign, breast cancer ribbon, etc.. Those are too cool! I haven't seen this on Pinterest yet but I might be trying it soon! :)

These are fun! My daughters did the same thing with some champagne bottles for New Years Eve - glitter is always good :-)

Oh I love these! They just scream "wine tastes better when you drink from me!"

Glitter. Wine. YES! AND YES!! This is fab! These would be perfect for a bachy party! Thank you for linking up with us!

How cute! What a fun little project

I love this! I don't think there is much better than glitter wine glasses!!

Hi there ythey look great when i done mine i put electrical tape aound the top put the glue and glitter on waited 1/2 hour the took the tape off the next day i daked them in the oven at 150 for 45mins (put them in cold and leave them there until oven is cool) hope this helps..... what type of mod po did u use can u email me please at chalkers4@hotmail.com thanks